Cooperation with MIT will be implemented in the format of the "Post-Industrial Kyiv. Transformations in Ukraine" independent studio, which MIT conducts jointly with the Urban Curators. The purpose of the Studio is to analyse and develop scenarios for the post-industrial area transformation, in particular the Podilsko-Kurenivsky Industrial Area. The Studio is headed by Professor Brent Ryan, Head of the Urban Design and Development Group, Associate Professor of the Department of Urban Planning and Public Policy of the MIT Department of Urban Studies and Planning. His studies focus on the aesthetics and politics of contemporary urban design, taking into account issues such as deindustrialization and climate change.

The first stage of the Studio work lasted from August 19-23. During this period the Studio participants came to Kyiv, where they got acquainted with the city, studied the context of post-industrial Podil, participated in the round table "Development of Industrial Podil and the future of Urban Design in Kyiv" and gave several lectures. 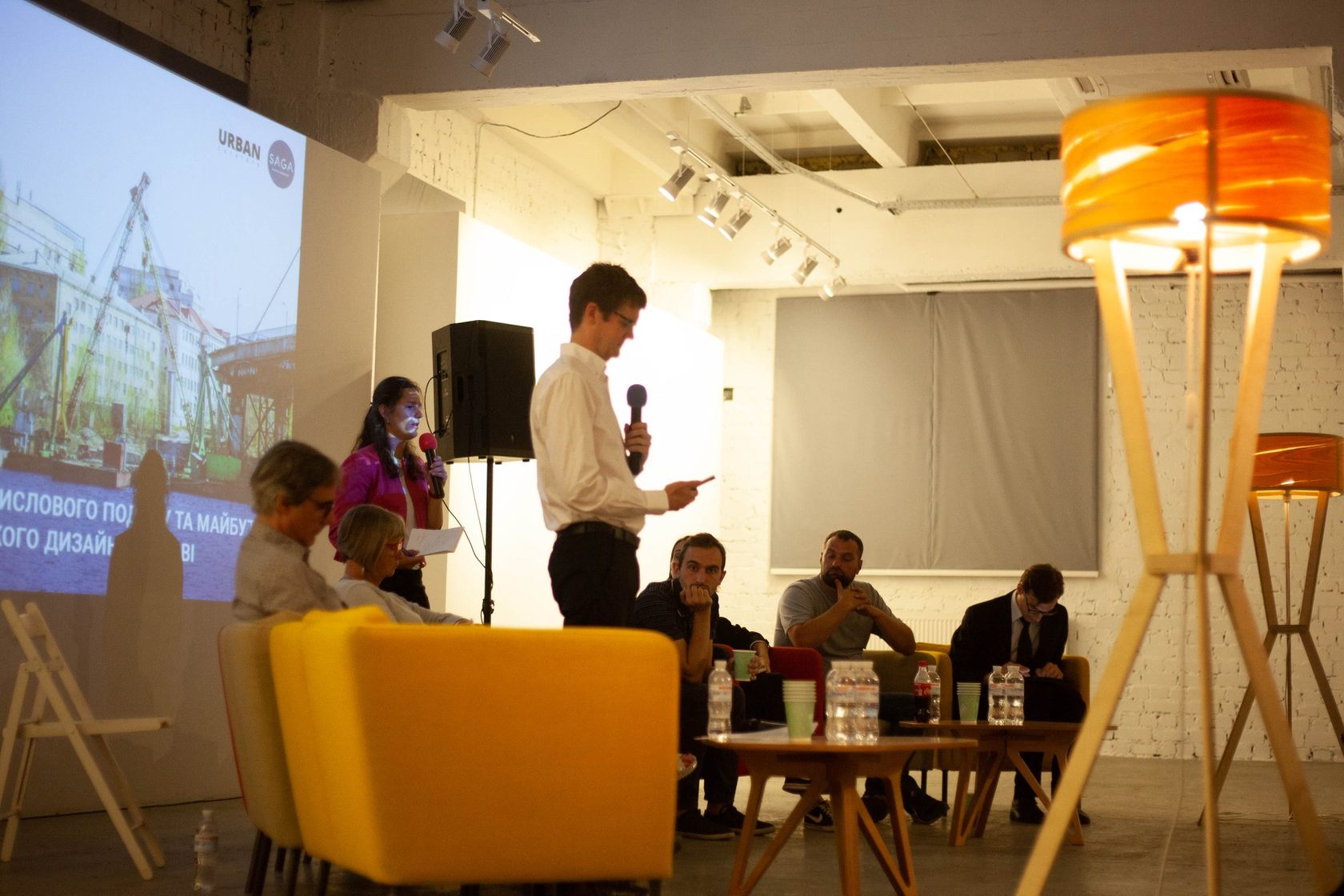 Over the course of two hours, the participants discussed five major issues outlined by Brent Ryan: their solution will allow to work out optimal scenarios for the post-industrial Podil development:

"It is always not easy to balance the needs of the past and present. This is precisely the challenge we are interested in with colleagues at MIT. Cities cope with this problem differently. For example, the centre of Paris is a kind of museum where there is no place for modern development, in New York they prefer modernized skyscrapers, Barcelona combines the features of the two previous cities, – said Brent Ryan. – From which city will the Ukrainian capital follow? Kyiv faces a particular challenge of reconciling the past and the future. Over the next 9 months, a group of MIT students will study post-industrial areas and the impact of these areas transformation on the future of the city. We are convinced that the redevelopment of industrial areas will transform Kyiv into a city of the 21st century." 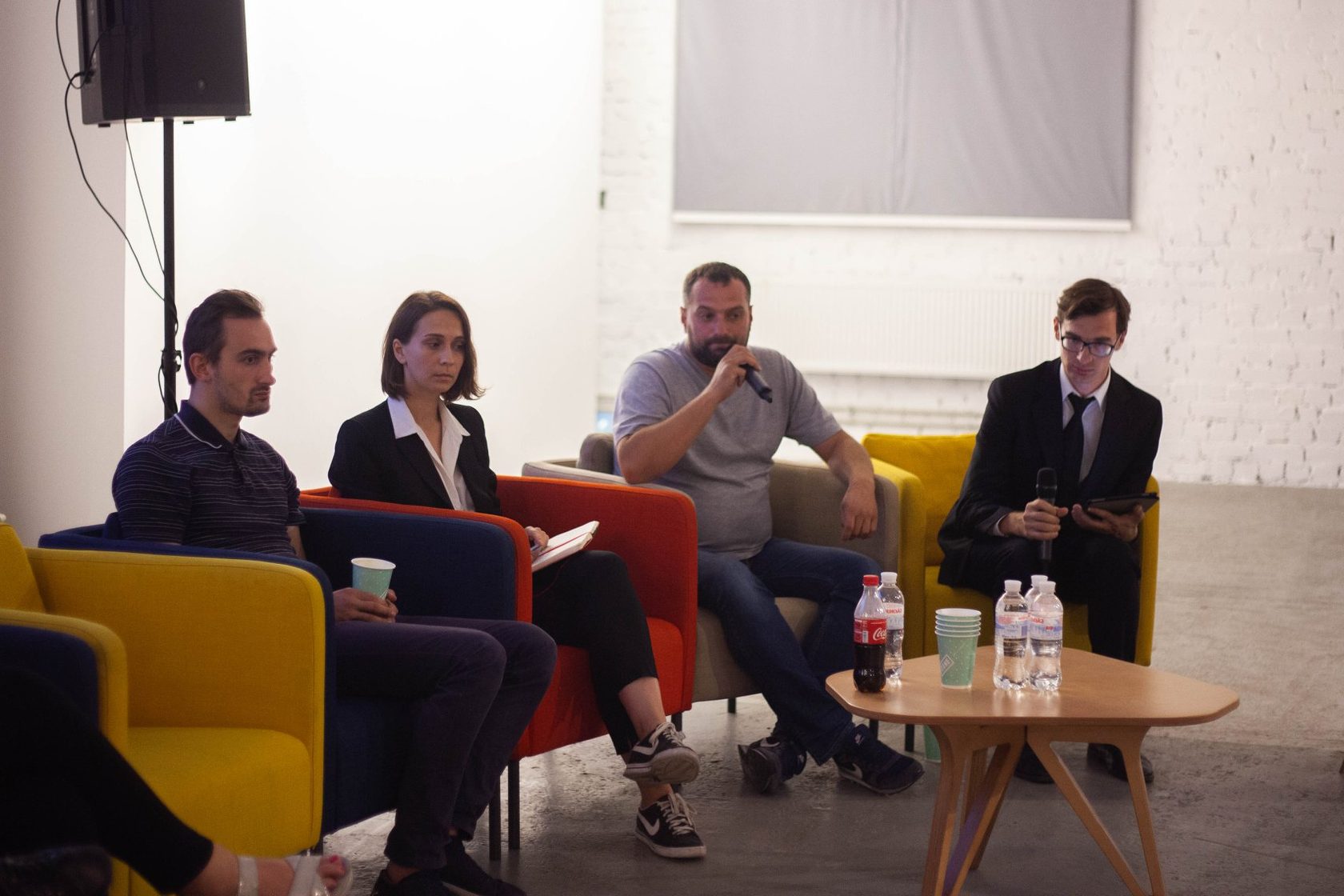 Andriy Vavrysh stressed the need for articulate and clear rules with as few exceptions as possible, finding a compromise for all participants in the process, the studying and using international experience. According to him, the consensus between the authorities, developers and the community is as important a resource as time and money. "We believe in dialogue and think it builds bridges," said the SAGA Development SEO.

Katharina George spoke about her vision of the Podil future. She considers it a reflection of Kyiv in the whole, because in Podil all the problems that are inherent in other parts of the city are revealed. Residential and mono-functional buildings stand close to historic and industrial abandoned buildings. "Our mission is to create a holistic integrated vision, to open up these territories through the systematic organization of the entire area. This is not a point-by-point approach, it is about all possible aspects of the life of the citizens: from basic needs, to the cultural, tourist and environmental functions of the city," said Katharina George.

Maxim Golovko drew attention to the new vision of the Podil territory, which was formed as a result of the "Podil Circle" study, and summarized that any decisions concerning the city should be based on the studies. Anastasiia Ponomariova, in her turn, emphasized the importance of involving city stakeholders in the process of developing concepts for the future city.

Participants of the round table noted that many decisions about the Podil development were made without the participation of the citizens, because of which they do not believe in the ability to influence this process. That is why one of the project priorities should be participation with the Podil residents and their involvement in the process of developing area development strategies.