2019 is a very busy year for the SAGA Development. We have commissioned 5 buildings – a total of over 76,000 square meters of housing, which is one of the highest rates among the city developers. We have also launched the first media sculpture in Europe, confirming the status of a trendsetter of the Ukrainian real estate market, and have started 6 new projects, some of which in a few years will definitely become architectural markers of contemporary Kyiv.

We have even major plans for 2020! Among them is the reconstruction of one of the symbols of the capital, large-scale renovation of industrial zones and transformation of neglected territories in the city centre into modern European quarters. Each of our new projects deserves to be a flagship and definitely be a landmark of the city. 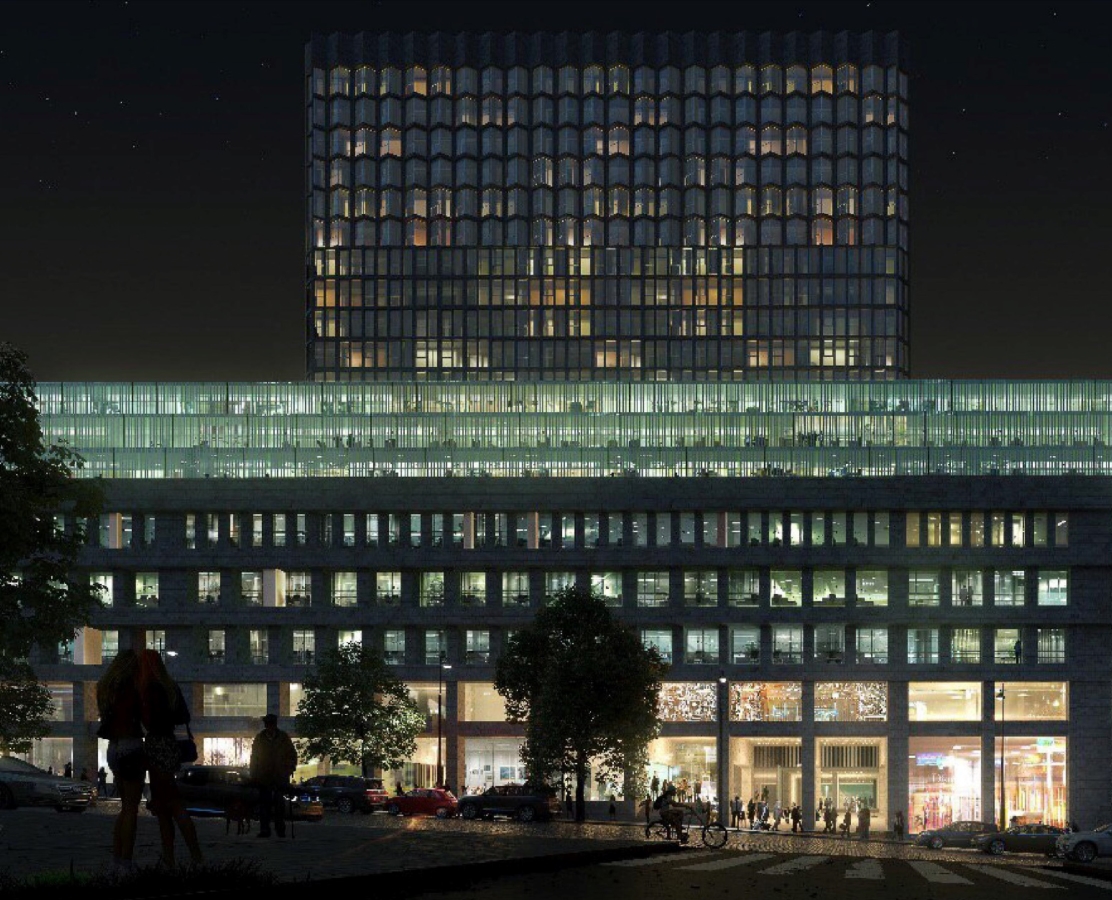 The building of the former project institute "Kyivproekt", located in the heart of Kyiv, has not been used for its intended purpose for a long time and needs reinterpretation and reconstruction. The owner of the premises, PJSC "Kyivproekt Development", has been working on the renovation concept for several years: about 10 projects were considered, one of them even received a construction permit.

Finally, the owner rejected all proposed projects and engaged SAGA Development and Perfect Group in development of optimal solutions, which initiated spatial and sociological studies of the area.

The purpose of the research conducted by “Agents of Changes” team in 2019 was to develop an optimal renovation scenario and offer the locals exactly those features that the area really lacks.

As a result, a concept was developed that envisaged preservation of the modern appearance of the building, restoration of the neighbouring house-architectural monument, construction of underground parking space for more than 500 cars, creation of public space and passages uniting Volodymyrska Street with Pushkinska Street, and Bohdana Khmelnytskoho Street with Prorizna Street.

The functional filling of the building after reconstruction should be the subject of discussions with involvement of all interested parties: residents and users of the surrounding territories, tenants of offices in the Kyivproekt building, project institutions and architects.

The renovation is based on Bauhaus philosophy. 100 years ago, the leading architects, sculptors, and artists teamed up to create the building of the future as a physical embodiment of the conceptual context, and 50 years ago, the Kyivproekt united the best architects and designers of Kyiv, who shaped the image of the modern city.

Similarly, our goal is to unite the most progressive and innovative businesses in Kyivproekt, which represent Ukraine in the world with dignity.

"Our Big Idea is to make the Kyivproekt a place where the strongest, most professional and successful people come together. To do this, we develop ideas and combine all the business components of the facility. We want it to become a place of strength, a place of the most powerful ideas and achievements, home to people and companies that represent the country, city in the world in a decent way," explained the CEO of the SAGA Development Andriy Vavrysh when discussing the future project features with the public.

Podil is our passion. We desire it to be modern, comfortable and cosy, with its historic buildings to be in harmony with the modern ones, as well as to reduce the number of the unfinished buildings and the neglected territories. That is why we begin reconstruction of the unfinished business centre at the intersection of Naberezhno-Khreshchatytska and Andriivska streets.

The ANDRIYIVSKY City Space project is unique as it is the result of a closed competition between the leading modern Ukrainian architects – Oleh Drozdov and the team of Drozdov & Partners and Oleksii Pakhomov with BURO Architects. As a result of the competition, Oleksii Pakhomov won the project, which has a subtle simplicity and personality. The centre will have a lot of light and space thanks to its large panoramic windows, and its decoration will be made with the use of quality natural materials. The highlight of the project is the rooftop restaurant. The most innovative will be the process of implementation of the multifunctional complex. However, we will talk about it a bit later. 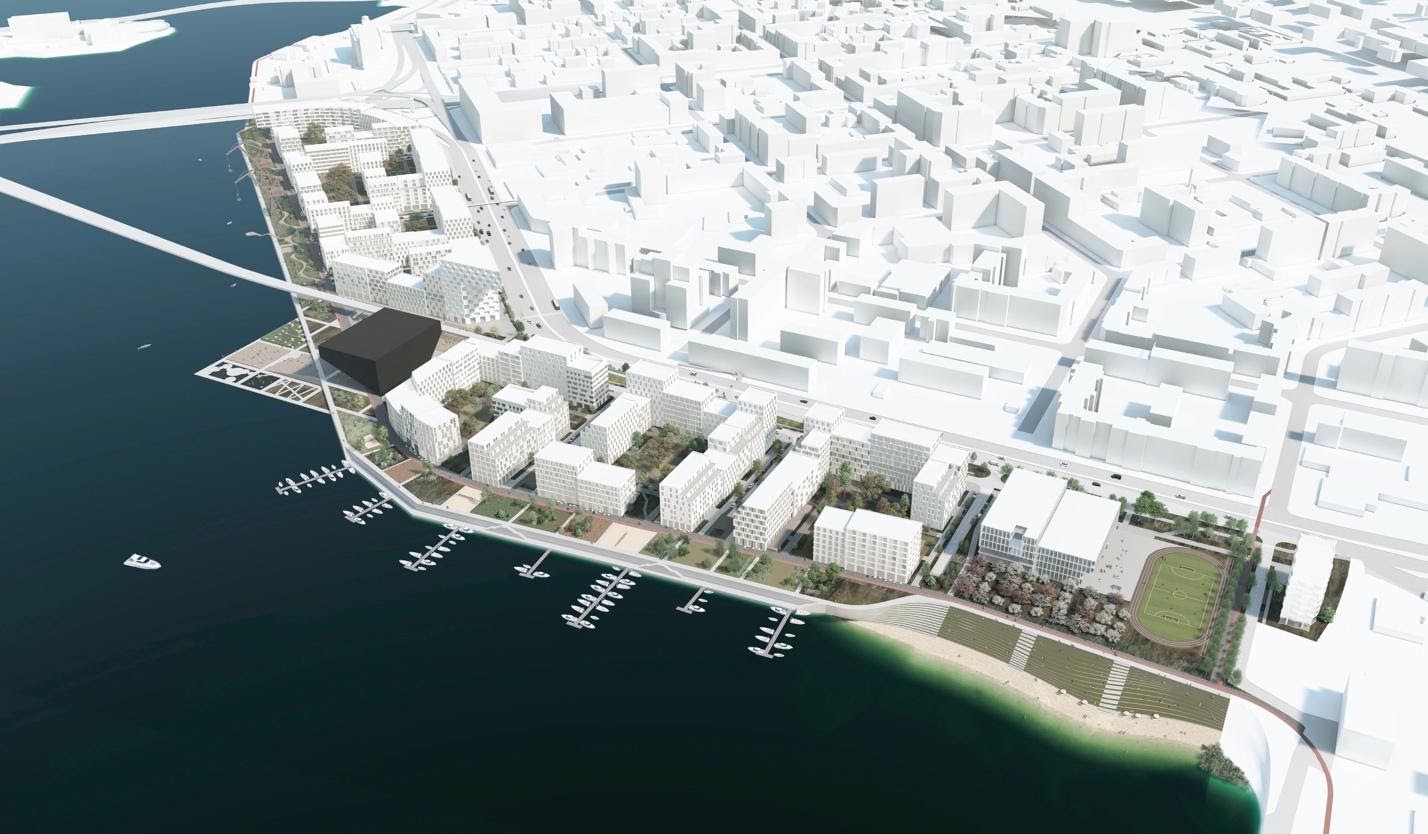 One of our favourite projects that has a very ambitious goal is to turn an abandoned industrial centre in the heart of the city into a flourishing multifunctional neighbourhood with public space and access to the Dnipro.

New Podil is a renovation of the territory of the Kiev River Port along the Naberezhno-Luhova Street from the Rybalsky Bridge to the ship repair plant, which we are jointly carrying out with the partner Perfect Group. Instead of abandoned warehouses, we will build modern European neighbourhoods with housing, offices, coworkings, cafes and restaurants, schools and kindergartens, a cultural centre and public beach. Our goal is to give back to people an area that has been excluded from urban territory for a long time due to pedestrian connections between the neighbourhoods of the new district, boulevard, bike lanes, walking and leisure areas.

Renovation of Naberezhno-Luhova and Nyzhnii Val streets will begin in the spring of 2020. 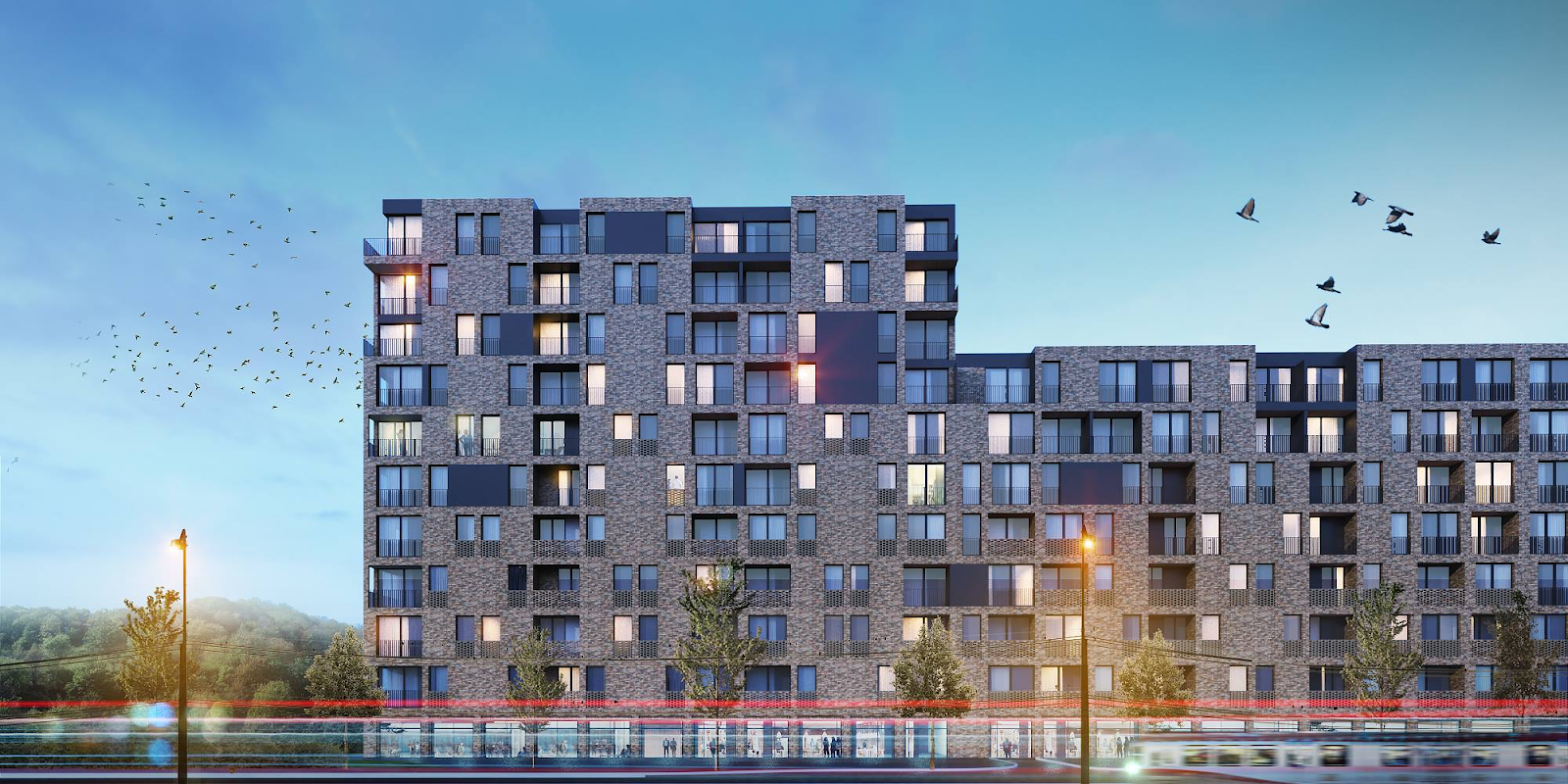 Our plans for the renovation of Podil's industrial sites are not limited to coastal areas. The Amsterdam Concept Quarter is another ambitious project we are implementing in partnership with Intergal-Bud. It will be a reinterpretation of the territory of the former Kyiv Silk Factory between Konstantynivska and Kyrylivska streets.

The project envisages construction of 3 buildings – neighbourhoods with height of 8 to 11 storeys with its own infrastructure, underground parking space, playgrounds and sports grounds.

Launching of the project is also scheduled in the spring of 2020. 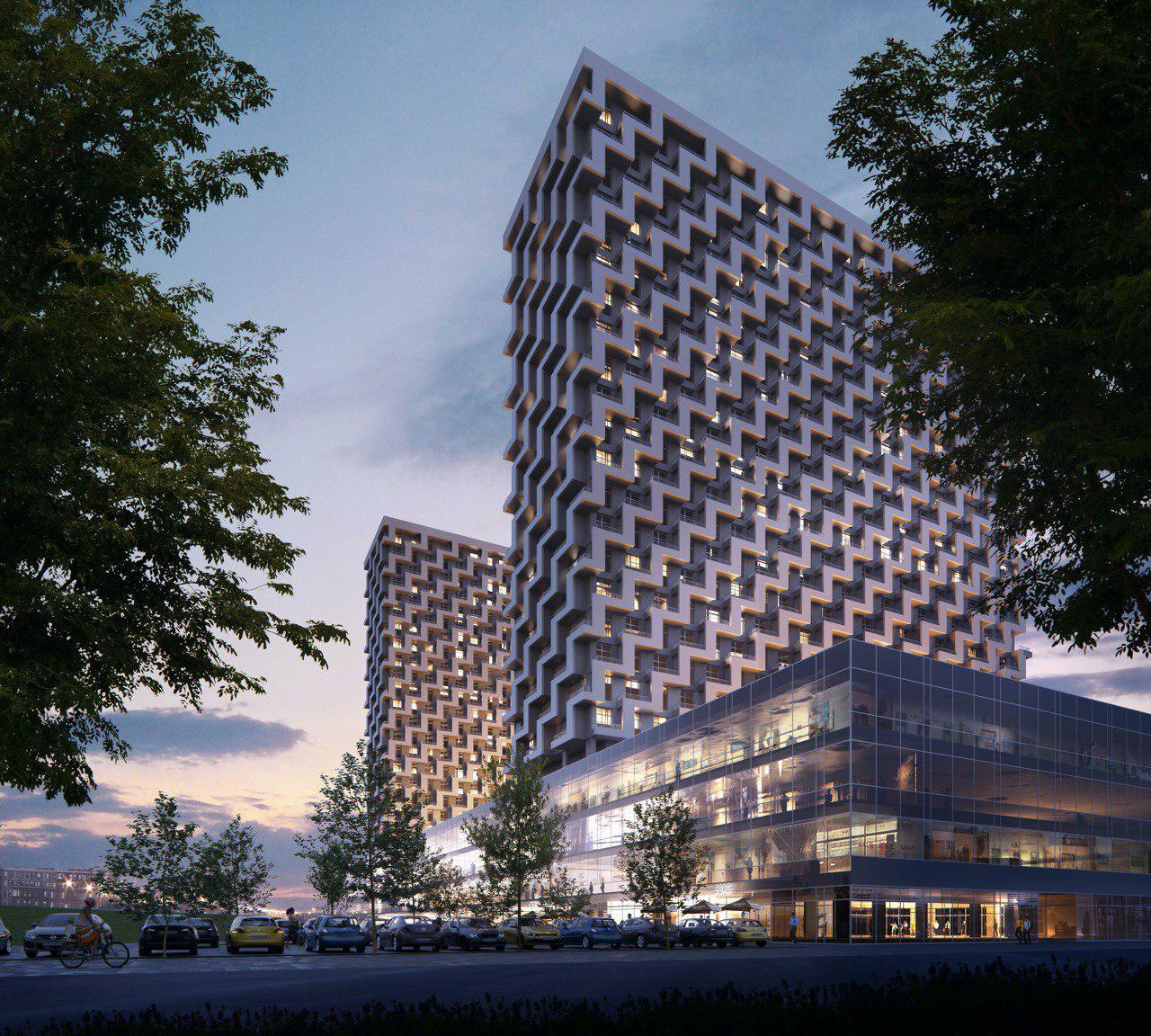 This is another our project of renovation of abandoned industrial area, but this time in Obolonskyi district, just next to the Pochaina underground station and the future park of the same name.

It is a building with state-of-the-art technological architecture, an interactive media facade, innovative technologies, complete infrastructure for living, working and relaxing. Offices, coworkings, meeting rooms and creative studios are provided for productive work in the territory. There are cafes, restaurants, shops, a picnic area, and promenade area along the Pochaina River, a park and public spaces for active leisure. We planned an underground parking space for cars, athletic grounds, cycle paths, skate park for sports, as well as areas for walking pets, children’s playgrounds and kindergarten.

The BOSTON Concept House is the perfect balance between affordability, convenience and style. We plan to start its implementation in February.

Everything will be SAGA!