Rebooting the Kyivproekt: building modernization project was presented to the Kyivians

During the opening meeting, Andriy Vavrysh and Yurii Hranovskyi from the Public Organization “Agents of Changes” told about the functions arising from the research results and answered questions of the public.

"To find not only a form, but also content" – this is a principle pursuant to which the new vision of the building was formed. Developers have made a comprehensive approach to the issue of renovation of the Kyivproekt, – studied the context of the site and analysed the previous concepts developed over the past few years. Agents of Changes are involved in deep spatial and sociological analysis of the territory.

The team of specialists was exploring the 5-minute accessibility zone of the Kyivproekt for about three months. According to Yurii Hranovskyi, their main focus was on studying the functions of buildings and functioning of the district as a whole. For this purpose, they thoroughly examined the filling of public spaces, analysed the pedestrian routes and the quality of connections between the streets. 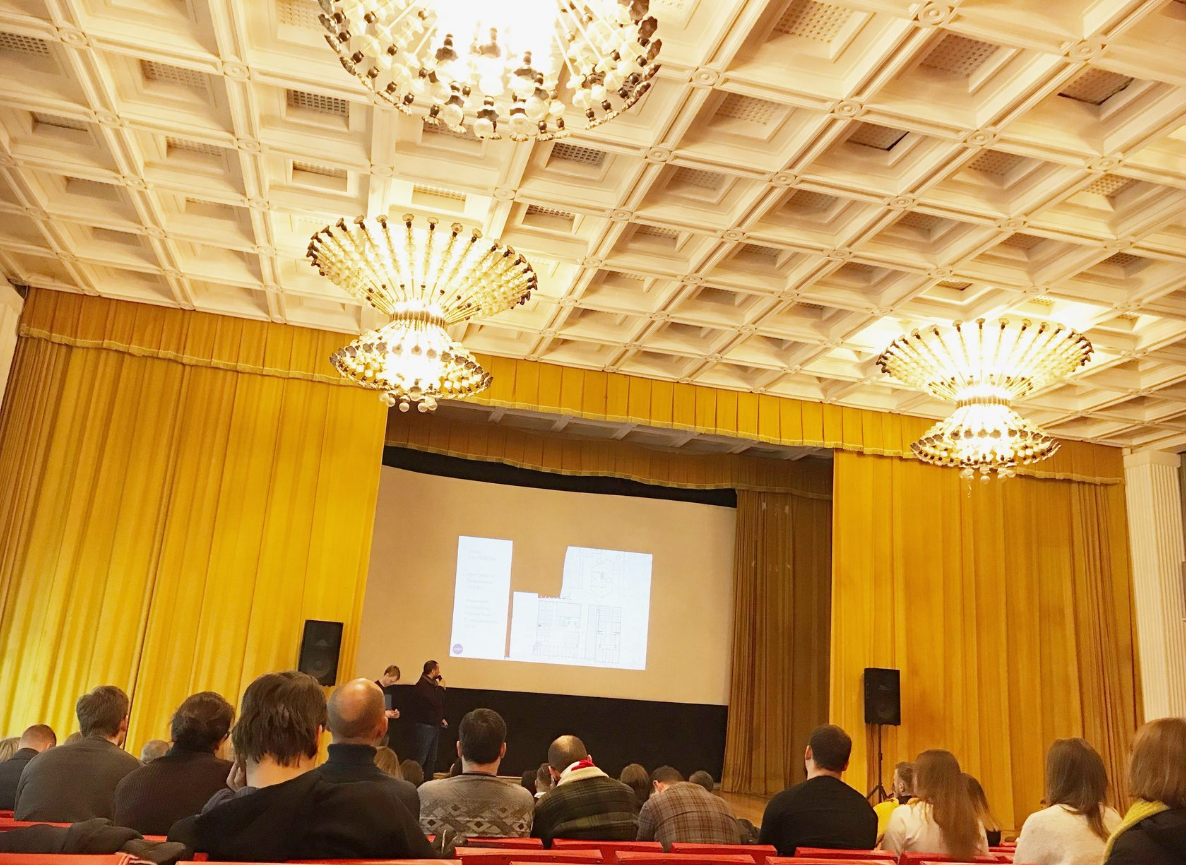 Currently, about 44% of the district area is allotted for office premises, and nearly a quarter of the building area is reserved for housing. There is a fairly high level of pedestrian and car traffic on weekdays. At the same time, there is a lack of infrastructure, public spaces and leisure facilities for children, inclusive sidewalks and parking lots.

“The stores are of dubious quality and therefore not in good demand. The situation with the openness of the territories is quite contrasting: the part of them is closed and the other part works as semi-private or with restricted access. The number of parked cars along the roads points out to the necessity of parking space, the condition of sidewalks proves the necessity of turnings for the less movable population. There are many cultural institutions in the district, but there are no places where they can interact and produce new values,” Yurii Hranovskyi said.

These were data that became the starting points for the development of the new concept of the Kyivproekt.

According to Andriy Vavrysh, the work on the project is not limited to its building. It is planned to restore and return to the city nearby construction that is a monument of architecture. The main Kievproject’s idea of the facade will also be preserved – the exterior of the building will become a replica of the usual Kyiv building.

"To find not only a form, but also content" – this is a principle pursuant to which the new vision of the building was formed.

The site allows to create two-level underground parking for more than 500 cars. This will not only solve the problem with parked vehicles along the roads, but also reduce traffic congestion in the district.

The interior of the building will be organically combined with the functions available in the quarter. The developers plan to zone the development for apartments, offices and commercial premises. Special attention will be paid to public spaces. The idea of creating passages as part of the project is currently being actively worked on.

“We agree that aesthetics determine ethics. That is why we believe that we need to create more places which people will find convenient and enjoyable,” Andriy Vavrysh emphasized. 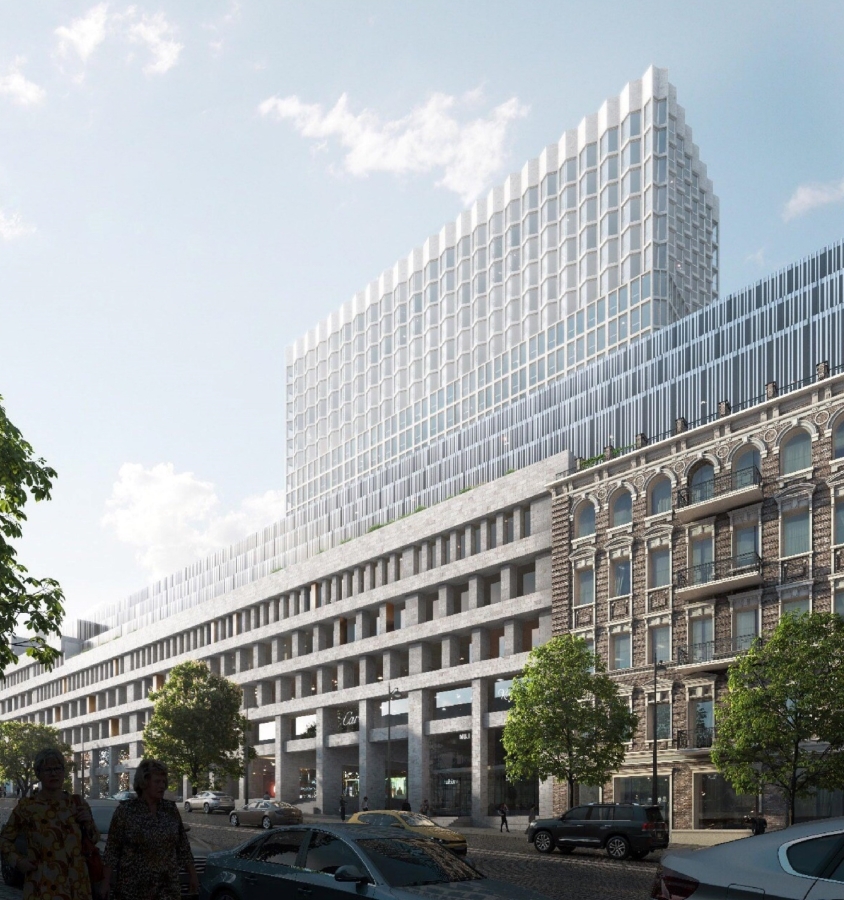 In addition, the open space inside the facility will be an additional link between Volodymyrska and Pushkinska streets.

There are two schools in the district, so some of the space should be reserved for family and children's leisure.

The territory of the Kyivproekt is a downtown area, so the building can be transformed into a new "brain centre" and a platform for interaction. Arrangement of educational and cultural institutions is envisaged: urban development platforms, coworkings, space for lectures, conferences, presentations, public discussions.

“Our Big Idea is to make this site the place where the strongest, most professional and successful people come together. We want to create here an innovation centre for start-ups and open showrooms of the Ukrainian brands. Our plans are to launch a sports hub, fashion industry and media hub with conference space, mini-theatres and recording studio. Not only do we come up with ideas, we also unite all the business components in the facility. We want this place to become a place of strength, a place of the most powerful ideas and achievements,” summarised Andriy Vavrysh.