Do you want an excursion at SAN FRANCISCO Creative House? The main construction works have been completed in the complex, the adjoining space has been equipped and all sections have been put into operation. New tenants are actively moving in on the first commercial floors and signs appear on the facade. Isn't there a reason to walk around the territory and show our lovemark and already rendered house?

Let's start with the boulevard, cause you will see it first. It was opened in the spring of last year and since then it has only become more beautiful. We divided the boulevard into a pedestrian zone and laid tiles here, as well as a recreation area - benches of various shapes were installed on it. The area near the central entrance is occupied by a tiled area. We saved the tree that grew here before the construction, cut off the dry branches and installed a trellis. Perennial trees, shrubs and grasses were planted in the main square of the boulevard. 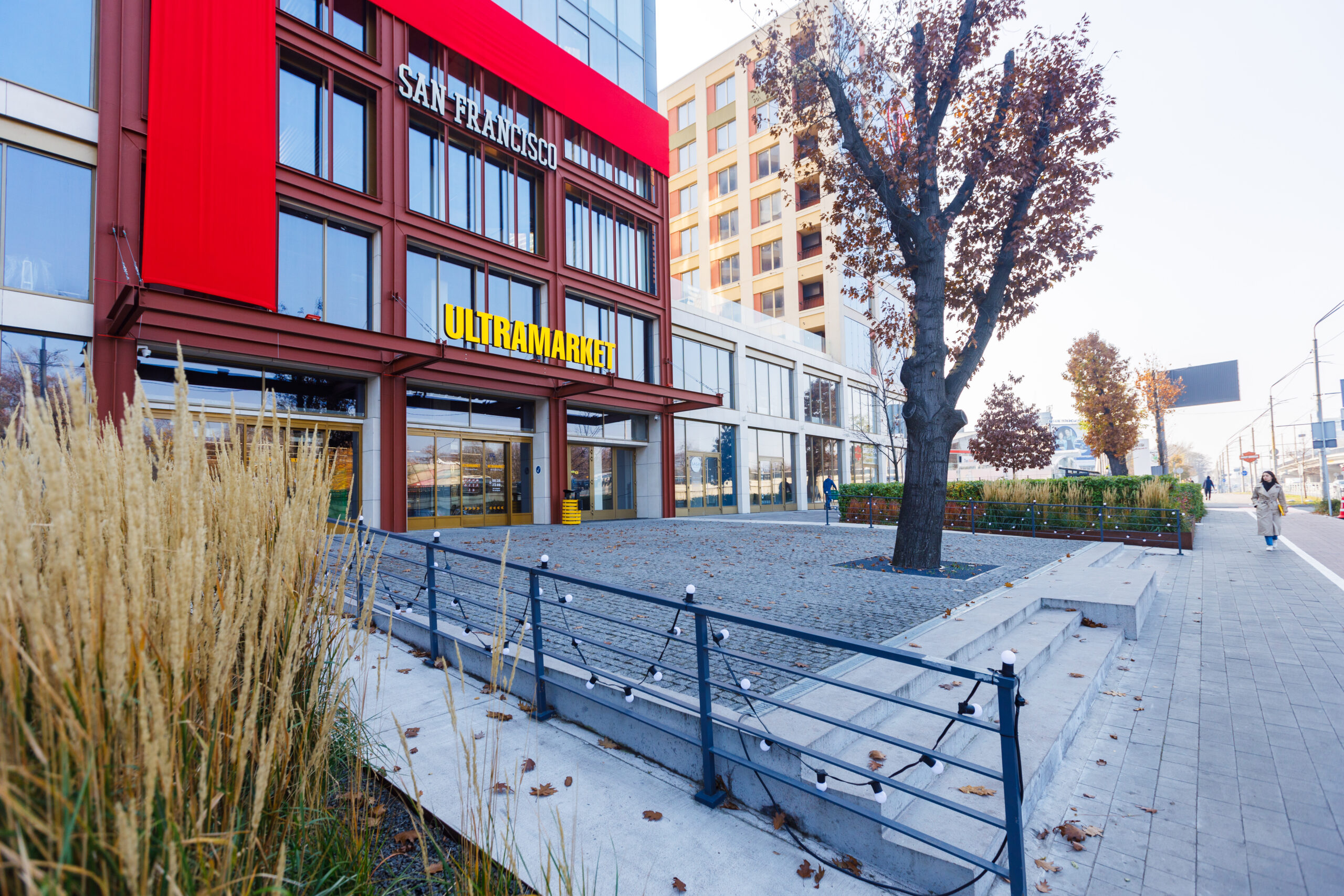 The front part of the house from the side of Peremogy Avenue is decorated with signs of companies that have chosen SAN FRANCISCO Creative House for their work. Among them are the ULTRAMARKET market of food supermarkets and hypermarkets, the Medeira medical center, ProCredit Bank, Gismeteo and the Lviv Croissants bakery.

And, of course, the first thing you see on the facade is a big bow. We decorated SAN FRANCISCO Creative House with it in honor of the completion of its construction and our gift to residents and the city. 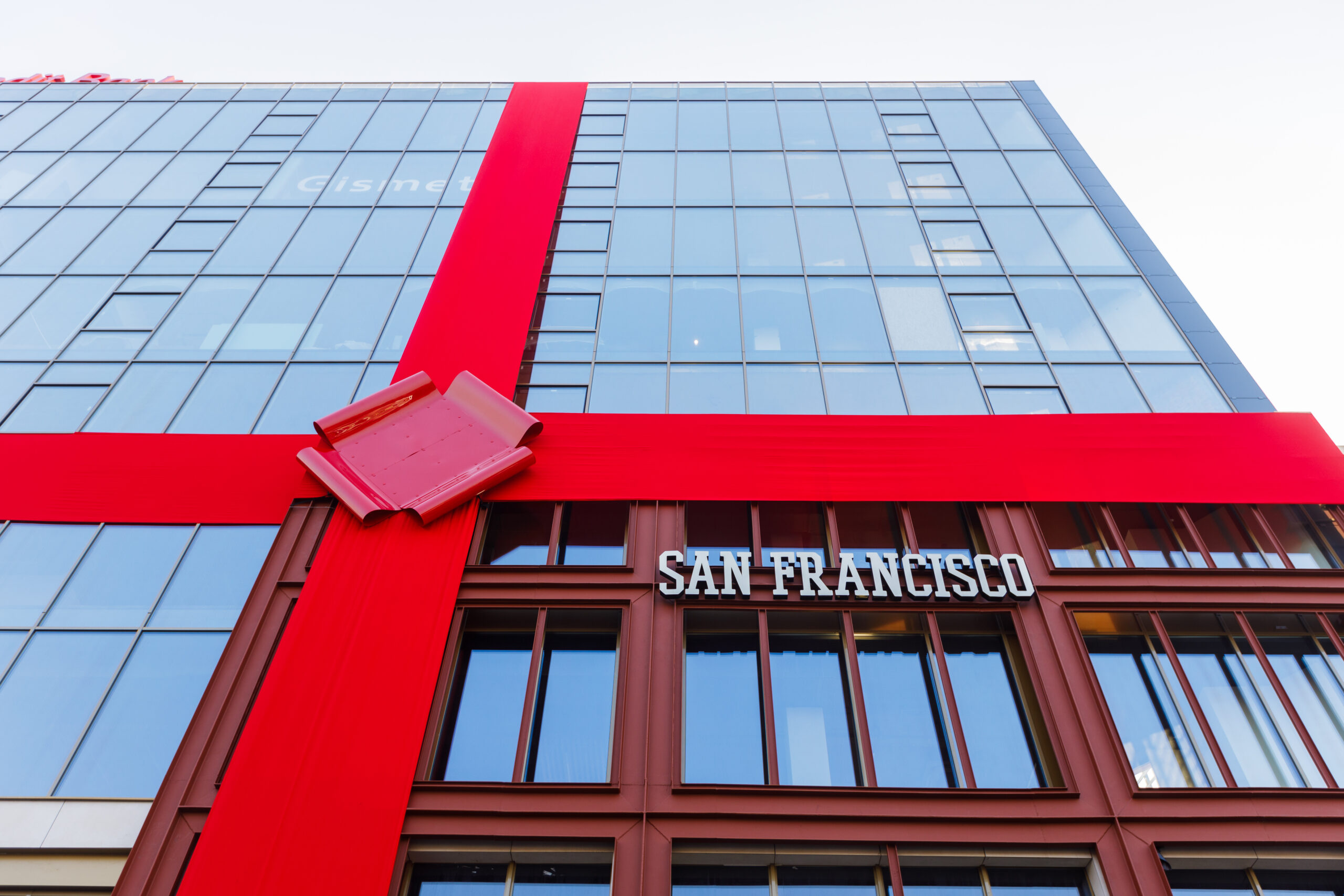 In the courtyard, everything is as in the renders and in the project of the landscape architecture studio Kotsiuba. A playground that resembles the Grand Canyon, a winding Lombard Street ramp and seating areas with tables, chairs and benches.

The courtyard is made in a complex geometric shape with pointed corners, so the designers decided to divide it into oval areas. So they diversified the space and made the most of the territory inside the house. 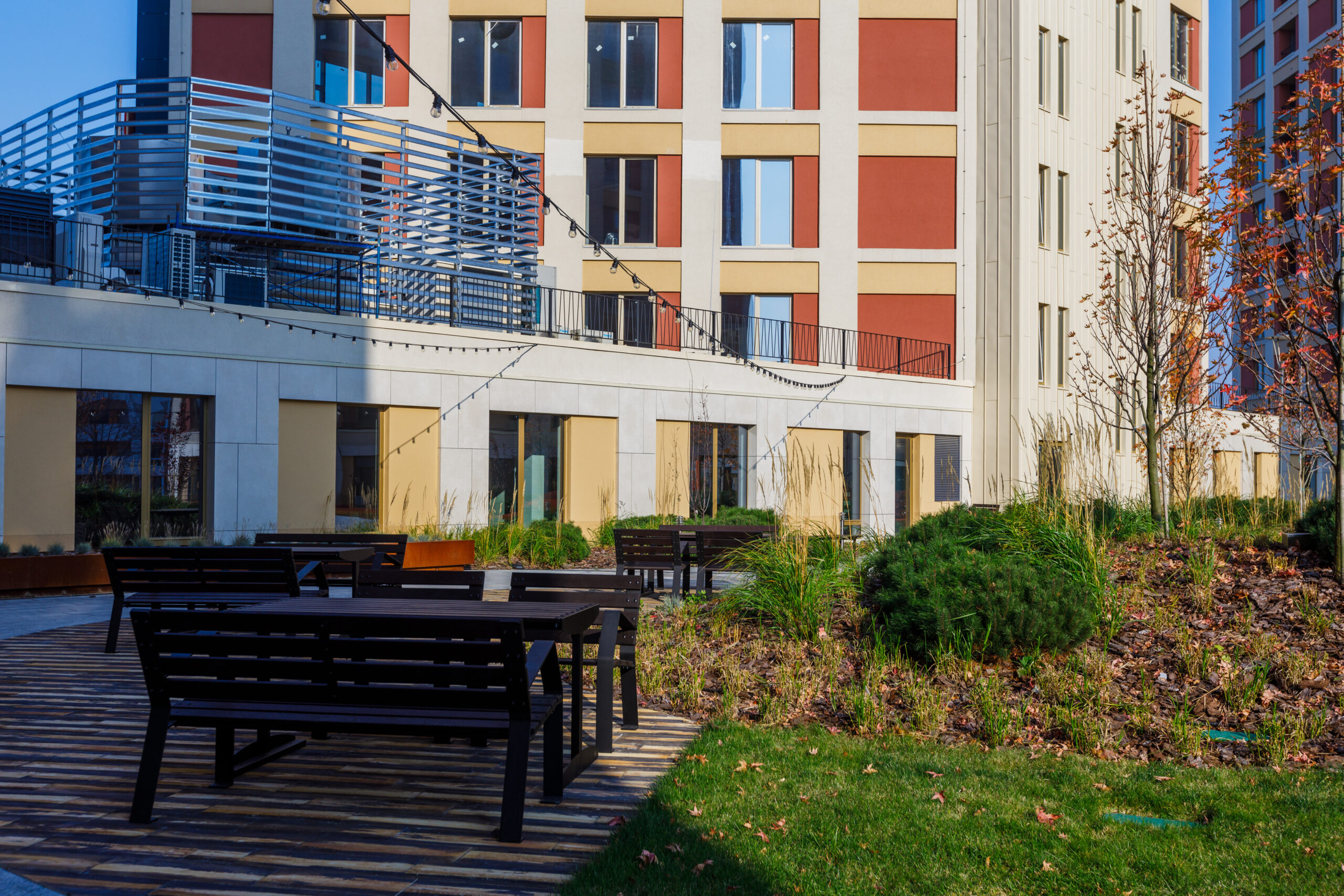 The largest oval area is reserved for a playground. Its highlight is the red and orange rubber hills. Thanks to the soft surface, children will be able to run and jump on them without fear of injury. For active leisure, there is a slide, a climbing net, a swing and modern horizontal bars in the courtyard. Trees are planted for shade. 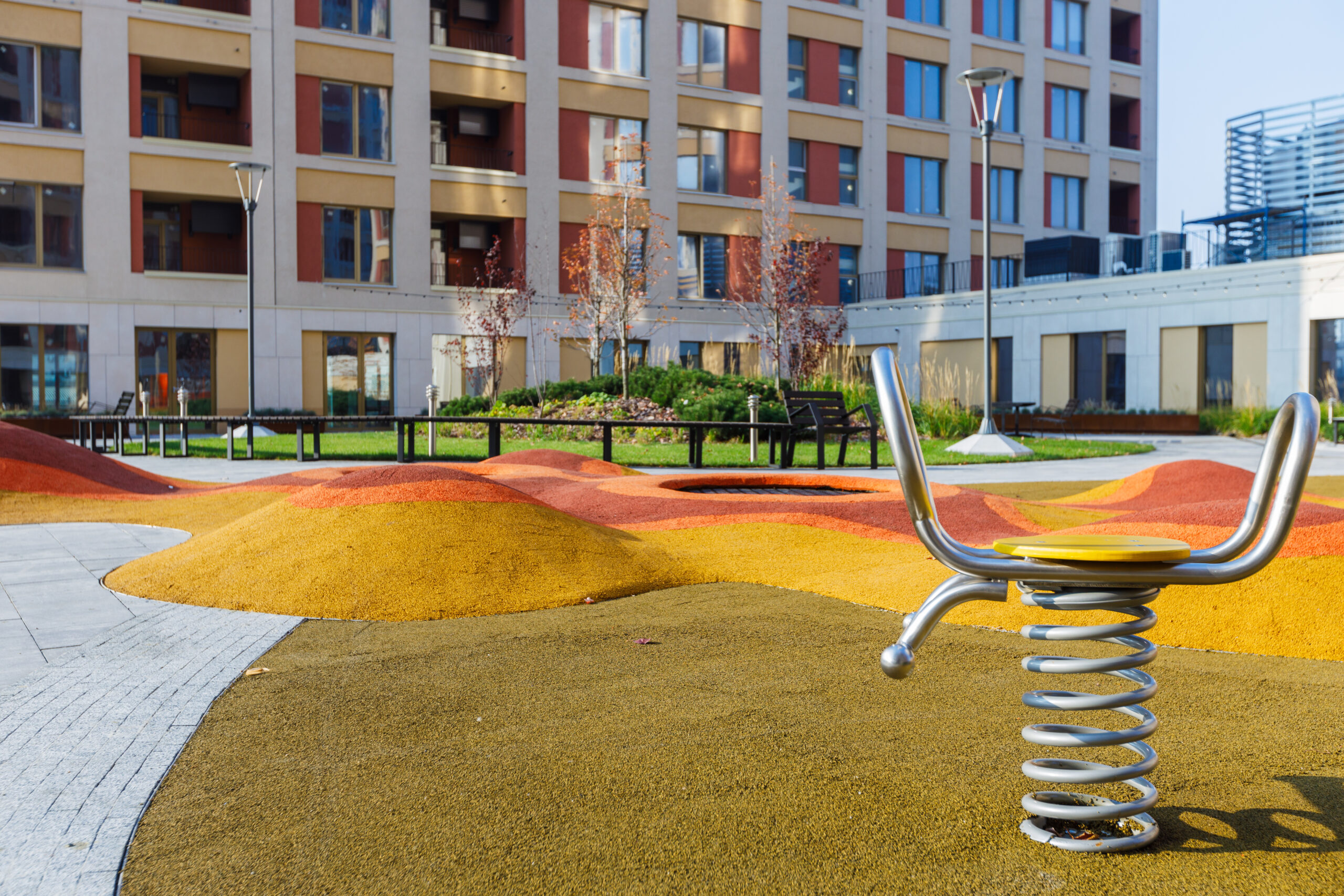 A few years ago, we admired our project in electronic form, and today we can walk around its territory, admire the architecture and be proud of how cool the improvement of the adjoining space is and how quickly the first floors are filled with life.

And this is just the beginning! Very soon SAN FRANCISCO Creative House will become even more beautiful and more active: more residents will move into apartments, children will play in the yard and neighbors will gather, windows will light up with lights in the evening, and in spring the first flowers will appear on the balconies.