Number 7 – a new house in the architectural collection RYBALSKY!

There is a trend in RYBALSKY. Every building that appears in the neighborhood is different from the previous one. It is distinguished by its architectural form, the combination of colors and textures on the facade.

The new building  # 7 was no exception. He just launched on sale, but already loudly declared itself. Location on the first line of the Dnieper, an original facade with cascading ledges for terraces that envelop the entire perimeter of the quarter, and a non-standard roof shape — this house will become the new landmark of Kiev, and the architects have made every effort to ensure that it successfully fulfills its mission. 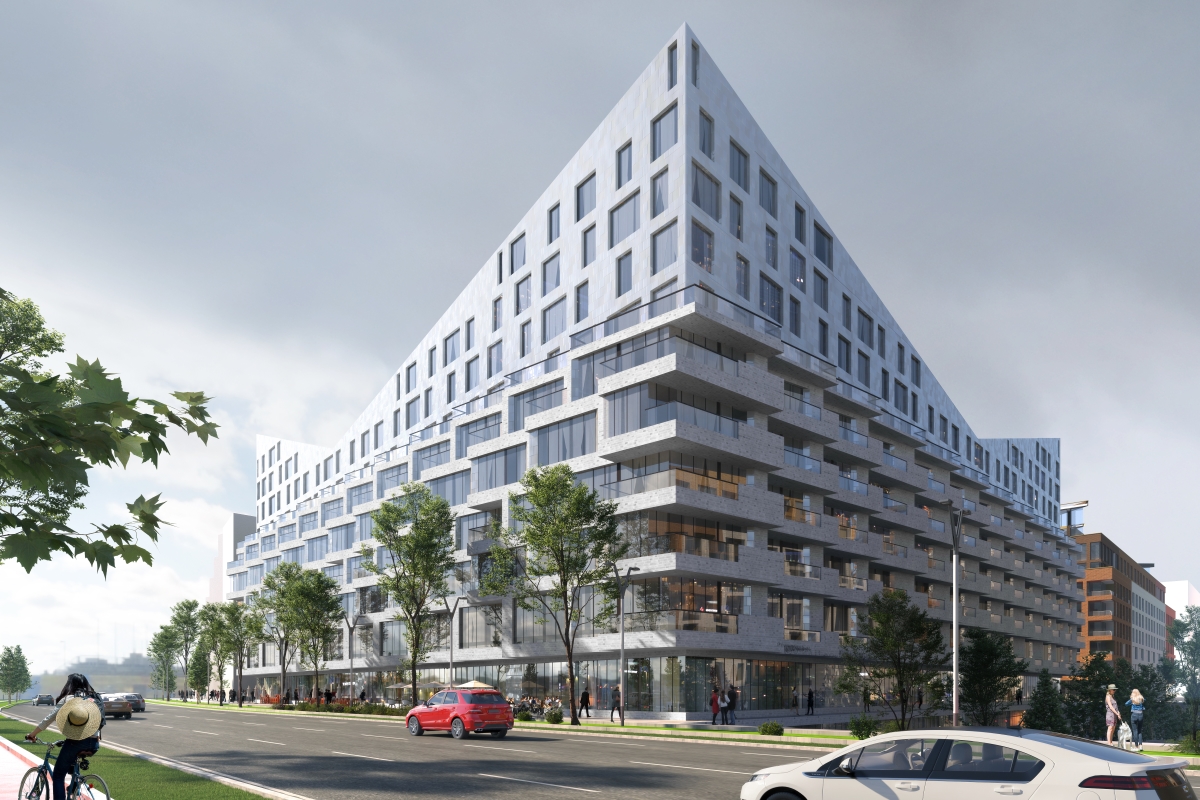 Building  # 7 will continue the concept of a super-block and mid-rise buildings. Its height will be 9 floors, and its square shape will make it possible to equip a cozy courtyard for residents. On the one hand, next to the building there will be a boulevard, on the other — a water channel along which Restoport RYBALSKY is planned — a whole street of restaurants, some of which will be located on the first floor of the new building.

The architecture of the quarter will be different from the houses that are already there or are only planned in RYBALSKY. The visual diversity of the neighborhood is one of its main features. We follow the global trend about urban diversity and want to change the paradigm of typical development, which remained from Soviet times and, unfortunately, is still used in the construction of residential complexes.

RYBALSKY's goal is to become a miniature city of dreams. And a dream, as the chief architect of the project Anton Oleinik says, cannot be monotonous and unified. A person needs a visual mix, a variety of impressions and freedom of choice. Architectural copy-paste reduces the feeling of happiness and reduces the level of comfort, which is by no means about our area.

Every resident is special, why can't houses be like that? The main thing is to feel the fine line between diversity and chaos and not go over to the side of the latter. 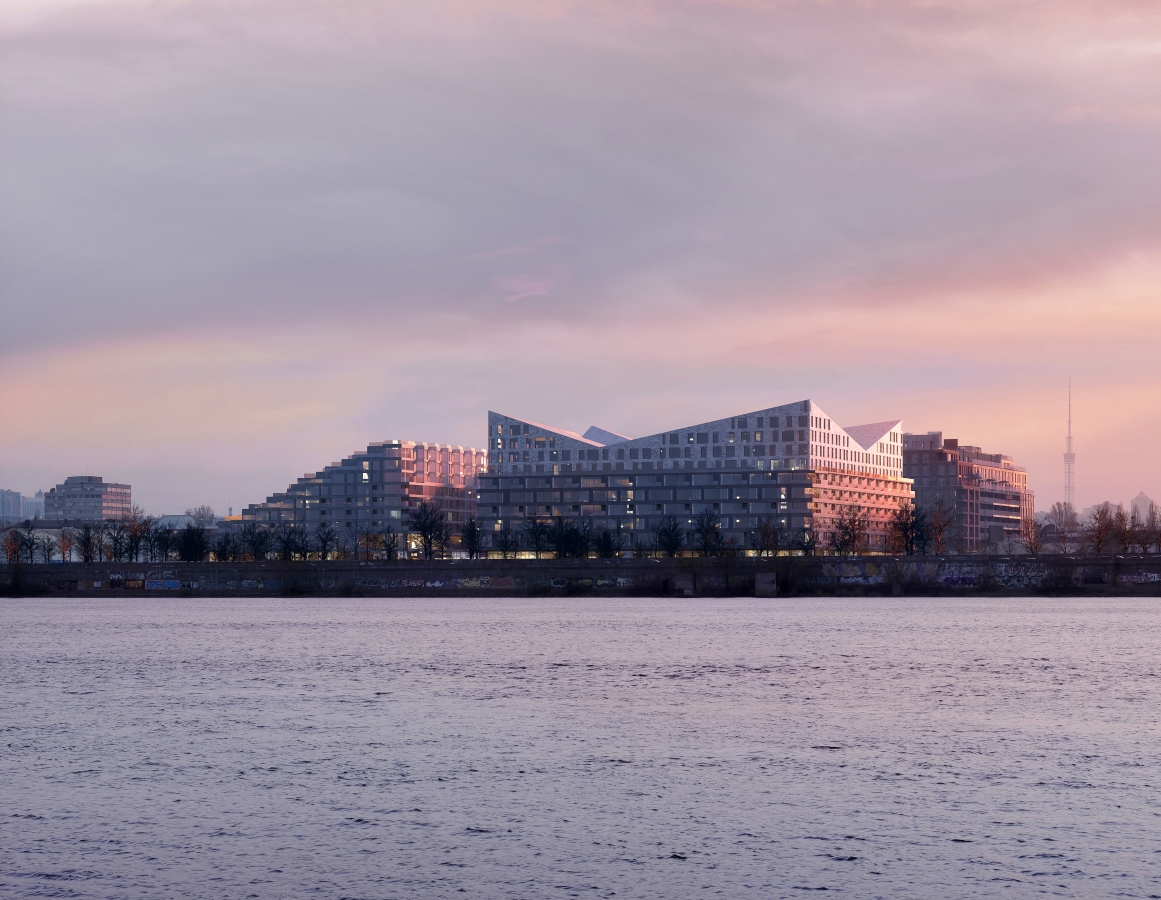 In total, the new building will have 269 apartments. They are located on the third to ninth floors. Each house has a terrace or balcony. This increased number of summer grounds is due to the location of the quarter on the first line of the Dnieper.

The first floors will be occupied by commercial premises for offices, shops and restaurants.

An underground parking will design for storing cars. 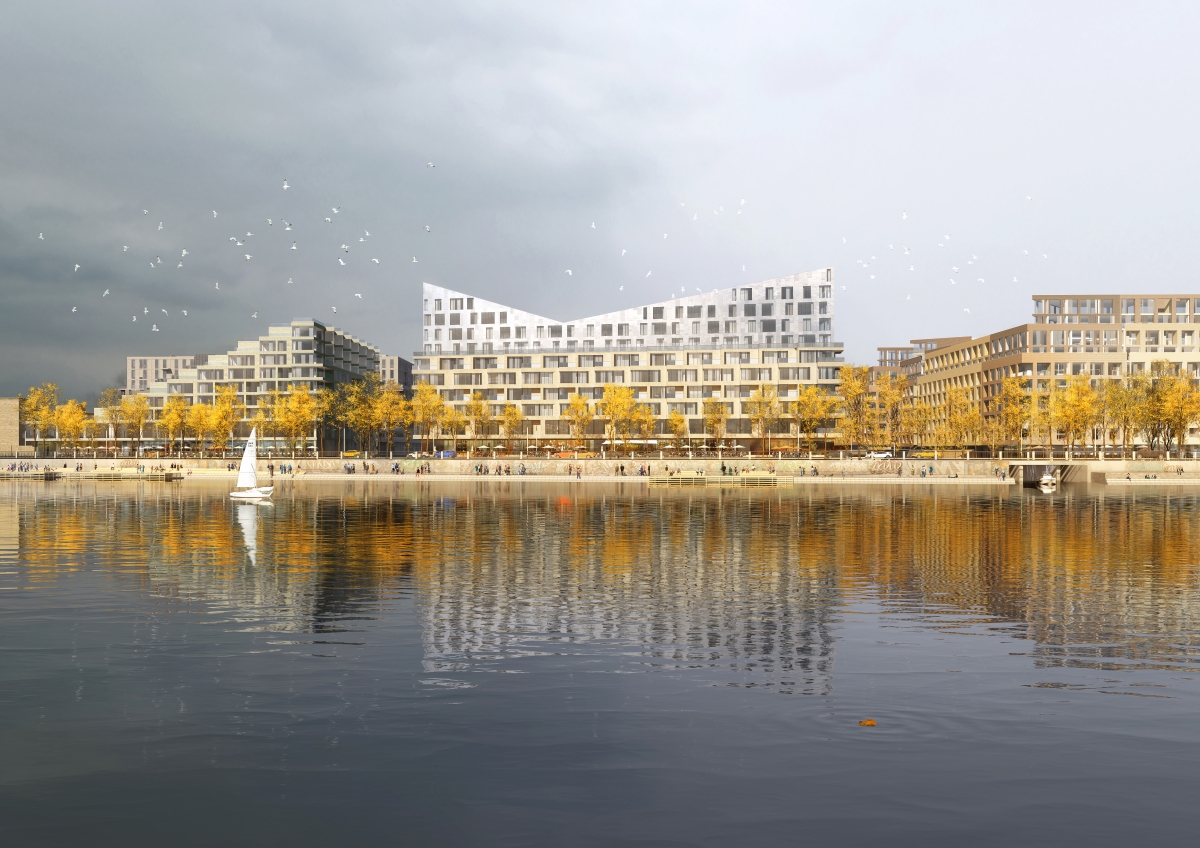 Building  # 7 will impress with its facade and complement the RYBALSKY architectural collection. If you want to know more about its features, we invite you to the sales department at the address: Naberezhno-Rybalskaya road, 3.9. Our managers will lead a tour, after which you will definitely fall in love with our area and become its resident.