Blue, pink and green palms in the center of the media sculpture - the new content in the CHICAGO Central House cube is filled with a special sense. It was created to support people who were born with orphan (rare) diseases.

On the eve of the International Day of Orphan Diseases, which is annually celebrated on February 18, the organization "Orphan Diseases of Ukraine" together with the Expolight company initiated a large-scale light action "There are a lot of Orphan Diseases! Orphan ones are strong! ".

To draw public attention to the problems of patients with congenital diseases, Expolight highlighted popular buildings in 5 cities of Ukraine - Kiev, Odessa, Lvov, Dnipro and Mariupol. During 10 days, from 18 to 28 February, 16 buildings will be illuminated in the colors symbolic for this day - blue, green and pink. And on the last day of the action, February 28, on Mikhailovskaya Square, a light installation of multi-colored rays that dynamically move and intersect in the sky in the form of a circle will be installed. 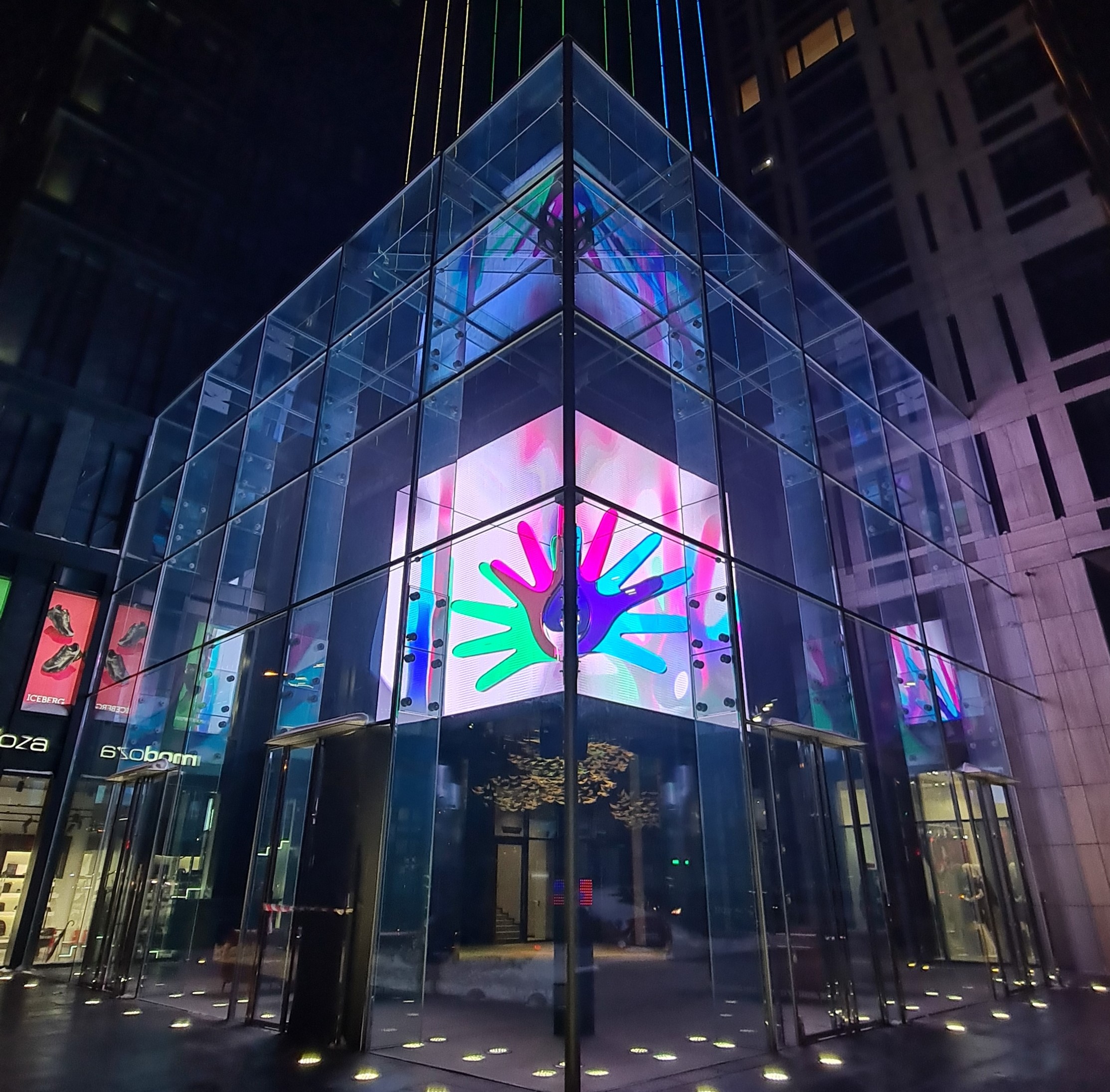 The main message of the action is to urge society not to be indifferent to the problems of people who need constant expensive treatment and state support for a full life.

Today, 30 million people in Europe and 300 million people worldwide have a rare form of disease. In Ukraine, the number of patients with orphan diseases is 5% of the population. Most of them are children, 80% of whom die before the age of 5 due to the lack of systemic diagnostics and qualified treatment. In 65% of all cases, the disease has a severe disabling condition, in 50% - a worse prognosis for life.

"In Ukraine, 5% of the population have rare diseases. If you collect all orphan patients together, their total number will be the population of one million-plus city. And most of these patients are children. Thanks to the light initiative, we want to reach out to the hearts of Ukrainians throughout the country. We want to show that although orphan patients are rare, together there are many of them, and they are strong. And we want to convey to people with diseases that Ukraine supports them and joins the global aid movement, "says Tatyana Kulesha, chairman of the board of the Orphan Diseases of Ukraine public organization.

This year, Ukraine has joined the global initiative for the first time. We are proud that thanks to our media sculpture we can draw public attention to such important issues and support those who need it most.