Construction on Vilshanska: myths and reality

For more than 10 years, the confrontation around the construction at 2-6 Olshanskaya Street, next to the Botanical Garden, has managed to acquire a huge number of myths that cause a lot of anxiety among residents of neighboring houses. We decided to find out what is really happening.

Myth 1. It is planned to build skyscrapers, which is contrary to the master plan.

What is real? There were many development projects for this site, including high-rise towers and a 30-story wall. Fortunately, they were never implemented.

The realities of the real estate market and the demands of buyers are changing. The project, which is currently being planned on the territory, is as tactful as possible to the surrounding area and will not exceed 16 floors along Olshanskaya Street. 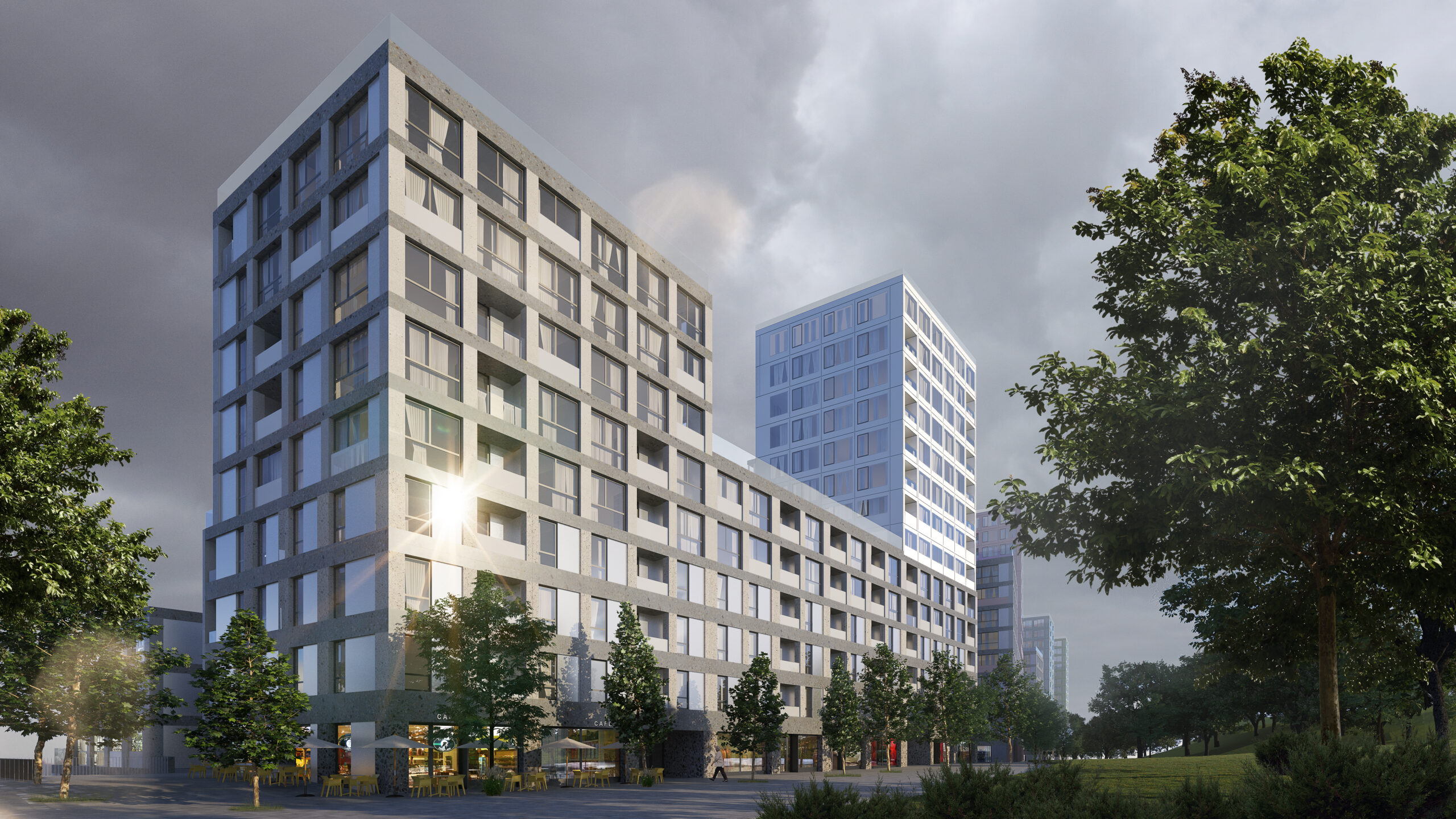 Myth 2. Construction will provoke landslide processes - this is dangerous for residents of houses along Boychuk Street.

What is real? Everything is the opposite. Since the strengthening of the slope has not been completed, landslide processes continue in it. Shrubs and grass are not able to restrain further deformation, and the retaining wall partially stops it. Each winter season intensifies deformation and corrosion processes, which increases the risk both for houses on Boychuk Street and for the road along Olshanskaya Street, where the risk of collapse is already high.

The only way to protect the site from landslides is to complete the stabilization of the slope. Experts in the field of geology believe that the optimal solution for strengthening is a permanent structure built into the slope in the form of terraces.

Myth 3. New construction will increase the pressure on infrastructure.

What is real? The era of residential buildings without associated infrastructure is coming to an end. Now in Kiev, the trend is the construction of multifunctional complexes, where, in addition to housing, there are high-quality amenities, public spaces, kindergartens and schools, offices and co-working spaces, cafes, restaurants, shops, and so on.

About a third of the area in the project at Olshanskaya, 2-6 is provided for commercial premises and infrastructure facilities. A children's development center with a modern private kindergarten will be opened here, in which international innovative methods of education will be applied. Both small residents of the future house and children from all over the neighborhood will be able to visit it. It is planned to open a private school, education in which will also be based on the world's leading educational methods and will be accessible to everyone. The infrastructure of the district will also be improved by the medical center planned as part of the construction. Shops, cafes, restaurants with panoramic windows will help improve the safety of the area, because numerous international studies show that it is the active first floors of houses that guarantee maximum safety for citizens. And thanks to the farmers' market, which will open in the complex, all residents will be able to buy fresh and high-quality products.

Myth 4. The complex will be closed and residents of the surrounding houses will have to go around the neighboring streets to get from Boychuk Street to the Botanical Garden or vice versa.

What is real? Now the slope on which the site is located is not accessible - it is difficult and dangerous to get along it from the top to the bottom or vice versa.

The territory development project involves the creation of new connections between the upper and lower terraces. 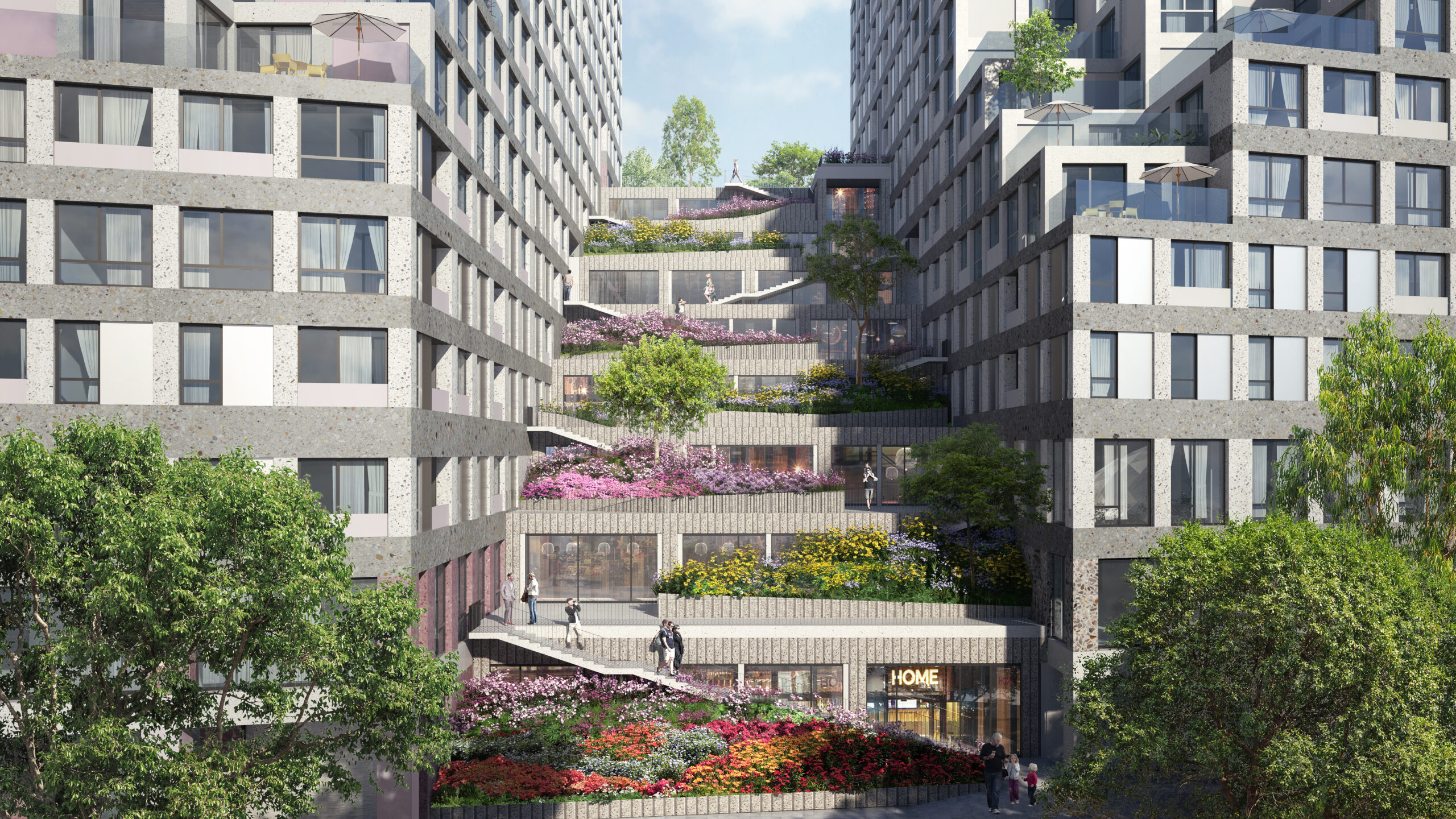 They will be organized in the form of stairs, escalators and elevators for people with limited mobility. So getting from Boychuk Street to the Botanical Garden will, on the contrary, become easier and faster.

Myth 5. Access to the construction site and the complex will be organized through the yards of the houses on Boychuk Street - this will overload the yards, create inconvenience and even danger for the residents of these houses.

What is real? The construction project provides for the organization of the passage of construction equipment, and then the entrances to the parking lot only from Olshanskaya Street. So there will be no inconvenience for residents of houses along Boychuk Street.

Myth 6. The capacity of Boychuk Street is insufficient for such a large complex - it is essentially a one-lane road.

What is real? On the initiative and at the expense of the project developer, the road along Olshanskaya Street was expanded in the summer of 2020. Now it is a full two-lane road. And the organization of convenient entrances to the parking lot will ensure the unhindered movement of cars.

Myth 7. Nearby is the Botanical Garden - another skyscraper will spoil the landscape of the area.

What is real? As it has already become clear, mid-rise buildings are planned here. In addition, the project provides for a large number of plantings and open green terraces, so it, on the contrary, will become a continuation of the Botanical Garden.

Myth 8. Back in 2013, the city authorities promised to organize a public garden on this site. People need more parks and green areas, not just another residential complex.

What is real? Promises remained promises, no work on the arrangement of the square was started, not even a project was developed. The developer provided for an open and accessible public garden on Olshanskaya Street, which will be equipped at the initial stages of the project, in parallel with the work to strengthen the slope. 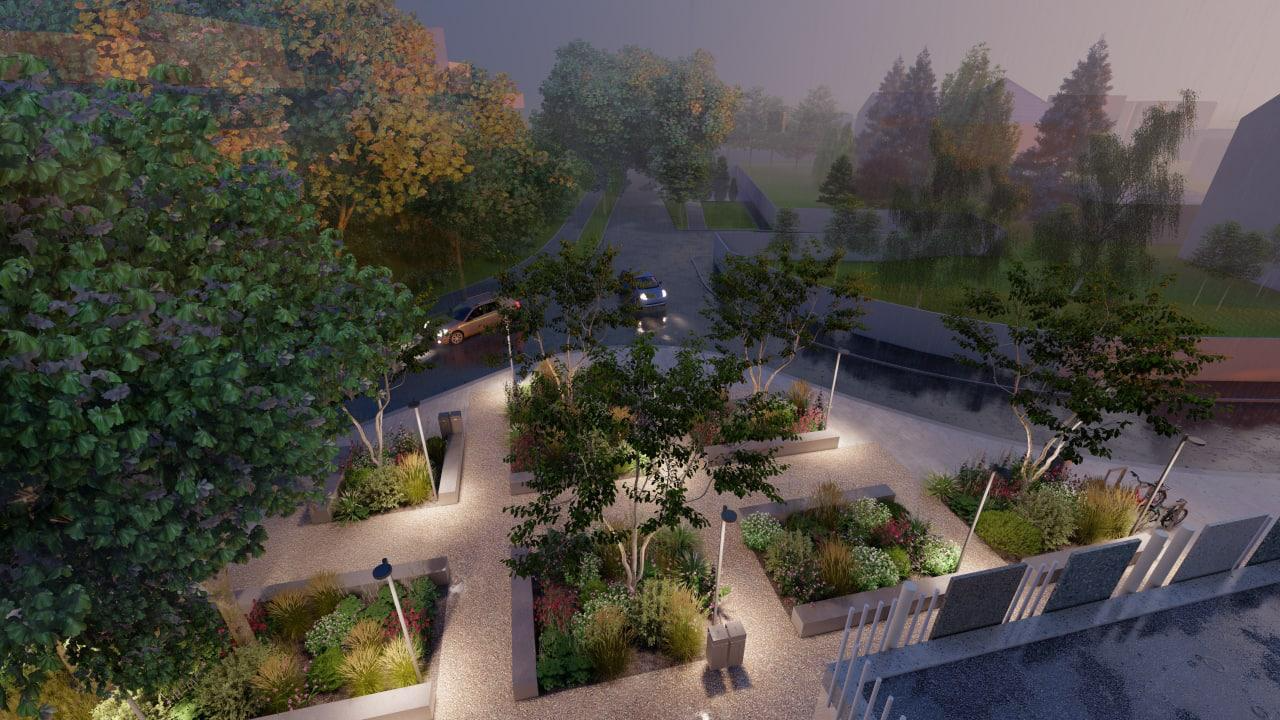